On Friday 15 March 2019, a heavily armed, white supremacist terrorist entered Christchurch’s Al Noor Mosque and murdered 44 Muslims. He had purposefully selected the date and time knowing that Friday prayers would be underway and the mosque would be busy. He then went on to the Linwood Islamic Centre and killed another seven Muslims. When police stopped him in his car a few minutes later, they found more weapons and explosives. The terrorist’s aim of sowing hate and division within Christchurch’s community failed. New Zealanders responded to the killings with unity and love for one another. Tens of thousands of tributes to the 51 victims and messages of sympathy and outrage poured into Christchurch from across the world. Canterbury Museum has since worked with Christchurch’s Muslim community to collect over 500 objects related to the attacks and their aftermath. These objects will be preserved at the Museum in perpetuity to ensure that the events of 15 March 2019, and the response of Cantabrians afterwards, will not be forgotten. 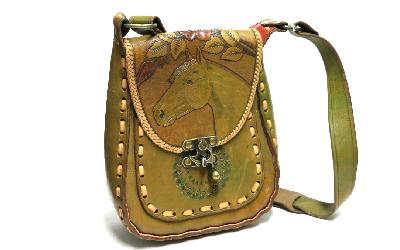 Marion Florence Mackenzie (née Rodie), known as Mollie Rodie Mackenzie, developed one of the most comprehensive collections of twentieth century fashion and clothing in the country. It includes over 2,000 items of women’s, men’s and children’s dress. Nearly 800 accessories such as hats, shoes, handbags, gloves, necklaces, scarves, belts and neckties complement the hundreds of dresses, jackets and shirts she collected. In addition to clothing and accessories, Mollie collected items related to fashion such as cosmetics, perfumes, magazines and patterns. In 1984, Canterbury Museum purchased Mollie’s collection. It is an incredible resource that has been used by students, writers, experts and the curious.

Alfred Charles Barker (1819 – 1873) is a well-known figure in Canterbury’s settlement, as ship’s doctor aboard the Charlotte Jane and as a prolific photographer. He, his beloved wife Emma and their eight children left an incredible collection of letters, photographs and personal artefacts that provide a remarkable insight into life in the new colony. They also give an intimate glimpse into Barker family life and Alfred and Emma’s determination to ensure their family’s wellbeing, education and inclusion in the growing Christchurch settlement. Arriving as part of the Canterbury Association settlers in 1850, Barker promptly established the first medical practice beside the Avon River in a tent-like shelter named Studding Sail Hall. From here, he strengthened his networks with the settler and Māori communities. Following a spinal injury and Emma’s death in 1858, he ceased practising medicine. He turned to taking care of their children and developing his skills as a photographer. In his devotion to capturing Canterbury’s landscape, people, architecture and events, he recorded the date, time, place and names on most of his images. In these images and in the wider collection, the Barker family have gifted modern Cantabrians a remarkable view of their beginnings.

Benjamin Woolfield Mountfort (1825-1898) was one of New Zealand’s foremost architects in the nineteenth century. The buildings he designed were primarily in the Gothic Revival style which became distinctive of Christchurch’s architectural character. Mountfort arrived in Canterbury aboard the Charlotte Jane, one of the first four ships sent out by the Canterbury Association to populate the new settlement. The first church he designed here was the Church of the Most Holy Trinity in Lyttelton. Mountfort was unfamiliar with local materials and the church had to be demolished 1857 because of structural defects. Despite this by 1857 Mountfort had established himself along with his brother-in-law, Isaac Luck, as the architects for the province of Canterbury. Under this partnership many early designs, such as the Canterbury Provincial Council Buildings, were completed. This collection of Mountfort’s plans demonstrates an extraordinary attention to minute detail and exquisite drawings of some of Christchurch’s most renowned buildings. Many of these buildings were severely damaged by the 2010-2011 Canterbury earthquakes and these plans serve as a reminder of Christchurch and Canterbury’s architectural heritage.

An avid photographer, this collection of photographs and negatives taken by Joan Woodward was presented to Canterbury Museum in 1997. Joan was the Curator of Pictorial History at Canterbury Museum between April 1972 and June 1995, after which she continued at the Museum in a voluntary capacity until 1999. These images provide a snapshot of Christchurch in the 1980s that represent public celebrations, architecture and heritage in the city. The collection has gained new significance since the 2010-2011 Canterbury earthquakes altered Christchurch so dramatically. Many of the buildings recorded in these images were demolished due to severe earthquake damage. The images within the collection serve as a tangible reminder of how Christchurch city looked before the earthquakes and the extensive rebuild they necessitated.