Biography
Born at Tewkesbury in 1886. Second son of J. E. Priestly of Tewkesbury. Educated at Tewkesbury Grammar School, and at Bristol, Sydney and Cambridge Universities. Began by studying botany and eventually became a geologist. Accompanied Shackleton during the Nimrod Expedition as a geologist, learning much from Professor Edgeworth David, and afterwords worked under him on the rocks of Victoria Land at the University of Sydney. When the New Zealand geologist, Allan Thomson, whom Scott had chosen to accompany him to the Antarctic in 1910 fell ill, he was replaced by Priestley. He became a member of the six-man party under Victor Campbell that sailed in Terra Nova to Edward VII Land as the Eastern Party but, after their encounter with Amundsen in the Bay of Whales, went to Cape Adare as the Northern Party. It was during this period that he spent the winter of 1911 in a cave scooped out the snow on Inexpressible Island, the story of which is told in his book "Northern Advernture" (1914). The information he obtained on glaciers in the Antarctic earned him a BA (Research) degree at Cambridge after the First World War. During the First World War he served as Adjutant, Wireless Training Centre, 1914-17; 46th Divisional Signal Company, France, 1918; Assistant Chief Signal Officer, 1st Army, 1919; and in SD6 at the War Office, 1919, where he wrote the history of the Signal Service. After the First World War he followed a brilliant academic and administrative career becoming a Fellow of Clare College, Cambridge 1923-4; Secretary General of Faculties, Cambridge 1934, Vice Chancellor Melbourne University 1935-38; Principal and Vice Chancellor, University of Birmingham 1938-52; President of the British Association for the Advancement of Science 1956; Director of the Falkland Islands Rear Base 1955-59; President of the Royal Geographical Society 1961-68. He was made an Honorary Fellow of Clare College, Cambridge. With Sir Charles Wright, he was author of the volume on glaciology in the scientific reports of the Terra Nova Expedition and wrote a number of other books. He was made a KBE in 1949; also MC, MA, DSc, LLD. Died in 1972. 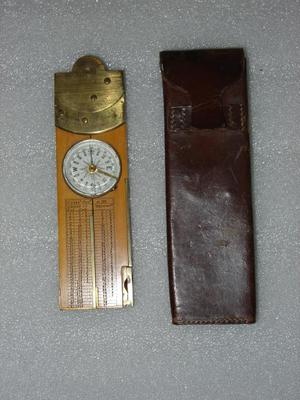