Evelyn Margaret Polson was born in Christchurch on 23 April 1899. She was the seventh and youngest child of Mary Elizabeth Renshaw and her husband, John Sutherland Polson. Her father was accountant at, and later manager of, Suckling Brothers boot and leather factory. Both her parents were over 40 when Evelyn was born. Younger by eight years than the next of her siblings, she was her parents’ delight and the centre of attention of her three sisters, who taught her to read both words and music before she entered Sydenham School in 1906.

Eve, as she was known, early showed talent and formidable concentration when reading or painting, and enjoyed piano lessons. She was enrolled, aged 15, at the Canterbury College School of Art at a time when it was possible to combine the study of art with a general secondary education. Eve soon passed from elementary drawing and painting to advanced study in the life class taken by Richard Wallwork and in drawing from the antique with Leonard Booth. Cecil Kelly, who taught still life and landscape painting, may have been the strongest influence on her early work. She gained first-class awards in the School of Art examinations and special prizes for landscape painting.

Polson was awarded the Advanced Art Scholarship in 1918 and 1919 and on 7 March 1922 was elected a working member of the Canterbury Society of Arts. She established herself as a professional artist, exhibiting with art societies in all four main centres during the next 10 years. Her work reflected sound academic training in portraiture and in the best tradition of British landscape oil painting.

A group of friends from art school shared her musical and literary enthusiasms. Ngaio Marsh, Ceridwen Thornton, Margaret Anderson and Viola Macmillan Brown, together with James Courage, Rhona Haszard and Alfred and James Cook, comprised the nucleus of the painters who, in 1927, formed The Group, sharing clubrooms and exhibitions in Christchurch. They wished to break with the ‘Victorian atmosphere’ of their homes and art school training and become the focus of a modernist movement in New Zealand. In 1933 Eve Polson was a foundation member of the New Zealand Society of Artists, which aimed ‘to interest the public in the living movements in art’.

Her work consisted of portraits, figures and landscapes whose compositions filled the whole picture plane. Hills and trees cut through the top of each canvas. She handled paint with an assured, even richness and a mastery of tone and form, favouring low-toned colour until in 1923 she saw the work of Sydney Thompson, a local artist who had painted for 12 years in France. Her own use of high-keyed colour dates from the late 1920s.

In 1926 Eve Polson nursed her mother during her final illness. In 1929 she returned to serious piano study under Ernest Empson (who was also teaching the young Frederick Page), and learned singing with Annette Chapman. The death of her father in the same year left her without house or income and deeply grieving. From 1930 to 1936 Polson taught at the Canterbury College School of Art. With less time for landscape painting, her best achievement was in portraiture; she showed a remarkable empathy for the very different character of each of her subjects. Frederick Page introduced her to the composer Douglas Lilburn and the poets and writers who, along with Jewish refugees, were making the intellectual atmosphere of Christchurch ‘positive, stimulating, energising’.

In 1934 Frederick Page left to take up a scholarship at the Royal College of Music, London. Eve Polson joined him in 1937. In London they were helped to find and furnish a flat in Notting Hill Gate by their friend Charles Brasch, whose portrait Eve painted. In September of that year they motored and camped between Paris and Austria. Eve returned to New Zealand separately by ship via Ceylon (Sri Lanka) in January 1938.

On 9 April 1938 Evelyn Margaret Polson and Frederick Joseph Page were married in St Cuthbert’s Church, Governors Bay. They rented Waitahuna, an old house with well-established garden and fruit trees, and proposed to live off the land. This environment provided her with subject matter over the following seven years.

From her portrait of Elespie Forsyth in 1939, Page had begun to sing as a colourist. Her best-known painting from this period is ‘New Year’s holiday (Corsair Bay)’ (1941). A figure in a garden, a woven pattern of colour, leaf shade and sun-dappled light were to become major themes in Page’s work. As an artist she had found her direction. She painted an ambitious group portrait of the Campbell family in their Christchurch garden in 1942. In 1943 she hired an upstairs room in Cathedral Square to use as a studio. ‘Colombo Street from Cathedral Square’ was followed by ‘Christchurch Railway Station’ (1944) and ‘Post Office Cathedral Square’ (1945) – cityscapes rare in the history of New Zealand painting.

In 1946 Frederick Page was appointed a lecturer to establish a music department at Victoria University College in Wellington. Eve and their two children remained for a year at Governors Bay, then they lived for a little over a year at Pukerua Bay, seeing Frederick only on weekends. After sabbatical leave in 1950, they settled into a house at 20 Hobson Street, Thorndon. For many years the beautiful living rooms in this old house, made alive with books, paintings, music, critical conversation and memorable meals, were a vital civilising force for music students and friends in Wellington. They also had, from 1951, a weekend house, designed by Ernst Plischke, at Waikanae.

In 1956 Eve was guest exhibitor at the Canterbury Society of Arts and then joined Ormond Wilson and James Bertram in the first unofficial delegation to visit the People’s Republic of China. From 1958 came national recognition. She was included in the third Eight New Zealand Painters exhibition, toured by the Auckland City Art Gallery from October 1959. During the 1960s she worked on an outstanding series of female nudes in their garden at Waikanae and a commissioned portrait of Sir Walter Nash. In 1970 a major retrospective exhibition of 98 works was opened at the New Zealand Academy of Fine Arts (NZAFA) by Ngaio Marsh.

Though increasingly crippled with arthritis, Eve continued to paint vigorously, producing portraits of her husband and of J. C. Beaglehole. In 1974 her recent work was exhibited at the Bett–Duncan Studio Gallery. She made a number of charcoal portraits of her friends in 1980 and the following year a demanding oil portrait of Frederick playing the piano. In 1982 a solo exhibition was held at the NZAFA gallery. Page was made a fellow of the NZAFA in 1983 and was the first artist to hold the Governor General’s Art Award. A television documentary on Eve and Frederick Page was made in 1982, and one on Eve in 1987.

Frederick died suddenly on 29 November 1983. In 1984 Eve had an operation for a total hip replacement and came out of the anaesthetic so alert as to book the theatre nurse as a model for a painting of a reclining nude, which she had long planned. In 1985–86, while confined to a wheelchair, she painted ‘Nude with magnolias’ and a portrait, commissioned by the legal publishers Butterworths, of Sir Alexander Turner. In 1987 arthritis forced her to move to a retirement home in Karori. She died on 28 May 1988 in hospital after a short illness, survived by her son and daughter.

In 1986 the Robert McDougall Art Gallery in Christchurch brought together Evelyn Page: Seven Decades, an exhibition to survey her achievement and make her work available to audiences throughout New Zealand. It recognised a painter with an extraordinary zest and independence of spirit, whose lifetime’s response to human character and very individual use of rich colour communicates her vivid reverence and joyful celebration of life.

How to cite this page: 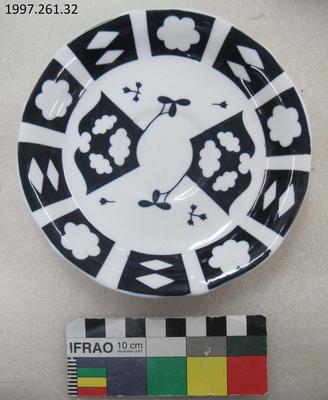 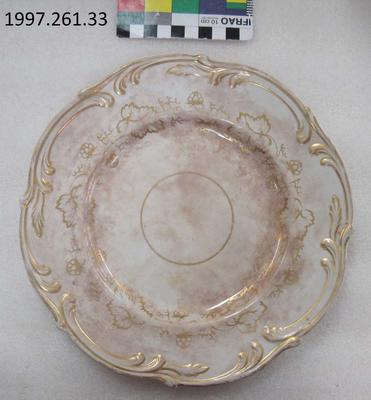 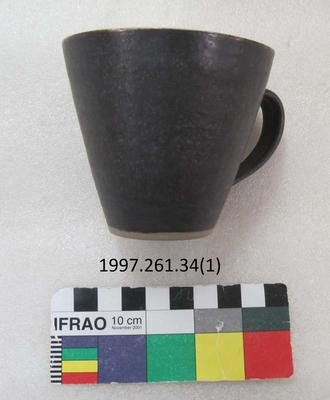 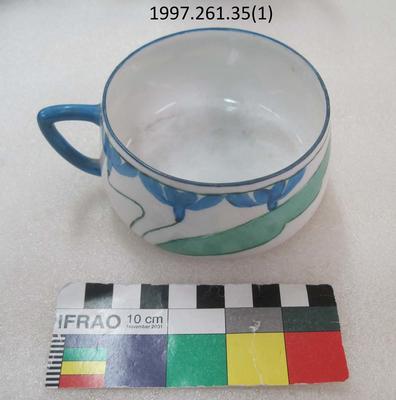 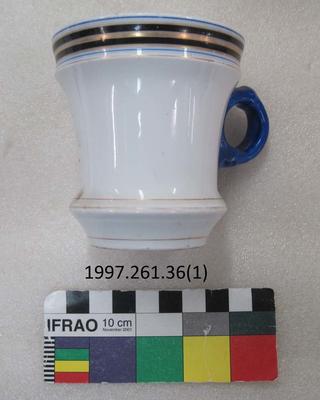 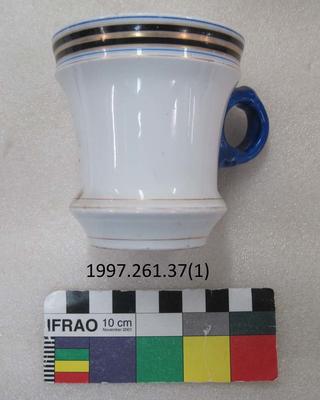 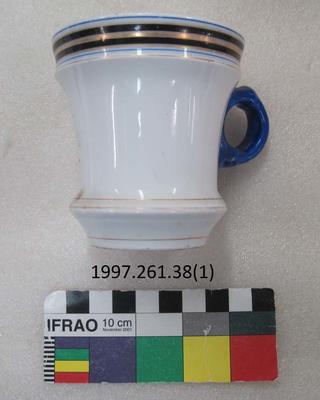 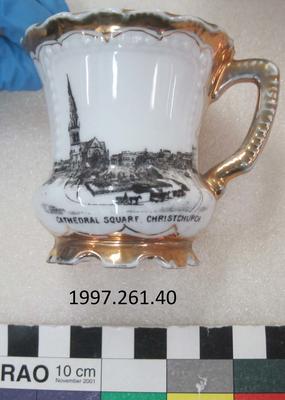 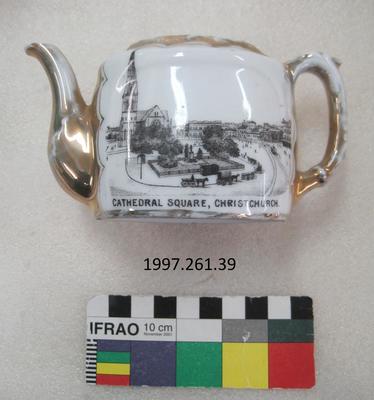