The following is copied from Te Ara:
Johann Franz Julius Haast was born at Bonn, Germany, on 1 May 1822, the son of Anna Eva Theodora Ruth and her husband, Mathias Haast, a well-to-do merchant and sometime burgomaster of Bonn.

Julius Haast was educated at grammar schools in Bonn and Cologne, and studied geology at the Rhenish Friedrich Wilhelm University of Bonn. He travelled extensively in Europe in the 1840s, before settling in Frankfurt, where he worked in the book trade. On 26 October 1846 at Frankfurt he married Antonia Johanna Caroline Schmitt; they had a son, Matthias Robert, in 1848. In 1858 he accepted a proposal from the English shipowners Willis, Gann and Company, to travel to New Zealand and report to them on the prospects for German emigration.

Haast reached Auckland, New Zealand, on the Evening Star on 21 December 1858, a day before the arrival of the Austrian frigate Novara, whose geologist, Ferdinand Hochstetter, he soon met. This was the first of several fortunate coincidences for Haast. The two men became lifelong friends. They joined forces and made a number of geological expeditions together in the Auckland and Nelson areas. In October 1859 Antonia Haast died: after Hochstetter's departure at the end of 1859, Haast stayed on at the request of the Nelson provincial government to spend eight months exploring the western districts of the province. In his report on mineral prospects Haast made known the extent of the Grey River coalfields, which Thomas Brunner had discovered, and found the Coalbrookdale (Denniston) seam in the Buller River. He also reported having found traces of gold in West Coast rivers.

In December 1859 Haast had proposed to the provincial government of Canterbury that his geological survey of Nelson be extended into Canterbury. Negotiations on the terms of his employment were almost concluded when in November 1860 he was requested to examine the site of the proposed tunnel between Lyttelton and the Canterbury Plains. The contractor had given up after striking very hard rock. Haast's report was favourable, a fresh contract was let, and the tunnel duly completed. Haast took up the post of provincial geologist in February 1861. From then on he was intimately associated with the development of science and art in Canterbury. On 18 February 1861 he became a British subject, and on 25 June 1863 at St Mary's Church, Heathcote, Christchurch, he married Mary Dobson, the daughter of the Canterbury provincial engineer, Edward Dobson, and sister of the surveyor Arthur Dobson. They were to have four sons and a daughter.

Haast's first task as provincial geologist was to explore and map his new territory, to determine its mineral potential. At considerable personal risk and hardship, he made expeditions up all the main rivers of Canterbury to their sources. He explored the headwaters of the Rangitata River from a base at Samuel Butler's Mesopotamia station. He made the first systematic examination of the Mt Cook area. Westland was under Canterbury provincial jurisdiction, and Haast reported on that area also. He named the Franz Josef Glacier, although he was not the discoverer of it, nor of the Haast Pass, which he crossed in 1863. The same year he correctly predicted the existence of copious artesian water beneath the gravels of the Canterbury Plains. His alpine expeditions yielded much new topographical and botanical information, as well as geological data.

Haast's reports to the provincial government were accompanied by meticulously drawn maps and, often, illustrations in his own hand. In 1879 in Christchurch he published Geology of the provinces of Canterbury and Westland, New Zealand, which summarised his work to date.

To stimulate the scientifically minded residents of the province, Haast founded the Philosophical Institute of Canterbury in July 1862. The society was a success, and the enthusiasm of its members encouraged Haast in what was perhaps his greatest ambition, a first class museum for Canterbury. He had begun a museum in 1861, based on his own collections and housed very modestly in a room in the provincial council buildings. The fortunate discovery in 1865 of a rich store of moa remains in a swamp at Glenmark, in a state of excellent preservation, was exploited to the full by Haast. He sent skeletons overseas to prestigious institutions, enhancing his own reputation and that of Canterbury's museum, which in exchange obtained many valuable additions to its collections. Rapid expansion led to the design of a building by B. W. Mountfort. Haast was appointed director in 1868, and in 1870 the building was officially opened.

The Canterbury Museum and Library Ordinance 1870 established a public library and a school of technical science in conjunction with the museum. Haast, however, objected to the incorporation of the museum within a school. He and Bishop H. J. C. Harper were among those who in 1871 established the Canterbury Collegiate Union which promoted the establishment of Canterbury College and its affiliation with the University of New Zealand. Haast taught geology and palaeontology in the college and in 1876 became its first professor of geology, a post he held until his death. He also served as a member of the senate of the University of New Zealand from 1879 to 1887.

Haast's papers on the moa and his New Zealand discoveries were read before the Geological and Zoological societies of London and the Royal Geographical Society, which in 1884 awarded him its gold medal. He was elected a fellow of the Royal Society in 1867. In Europe he received the honorary degree of Doctor of Philosophy from the university of Tübingen in 1862, and in 1875 the emperor of Austria conferred on him a hereditary knighthood, which entitled him to style himself von Haast. He received the CMG in 1883, and in 1886 the honorary degree of Doctor of Science from Cambridge University. In 1886 Haast visited Europe as a New Zealand commissioner for the Colonial and Indian Exhibition in London, and was invested with the KCMG.

Haast's interests in natural science ranged widely. He collected many plants unknown to science, and many genera and species were named after him. Excavations at early Maori sites carried out under his supervision led to important ethnological papers. His versatility encompassed contributions to geology, palaeontology, zoology, botany and philosophy.

Haast was physically and mentally a big man, eager and energetic in the pursuit of his many interests. He took an active part in public movements for the community good, and his enthusiasm was an inspiration to those associated with him. His fine voice and ability as a violinist – he had played under Felix Mendelssohn's baton in Düsseldorf – enriched the Christchurch musical scene. 'He was a boy in heart until the day he died', was how Macmillan Brown described him.

A man of Haast's ambition and single-mindedness inevitably made enemies and engendered criticism. His reports were criticised for their volume, their effusive style, and bewildering detail. His desire for his work to be recognised and acclaimed in Europe was perhaps responsible for his active solicitation of personal honours. In his adopted land his name needed no such embellishments. Through his achievements and his encouragement, science in New Zealand came of age. Haast died at Christchurch on 16 August 1887. 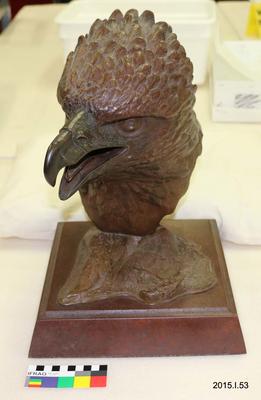 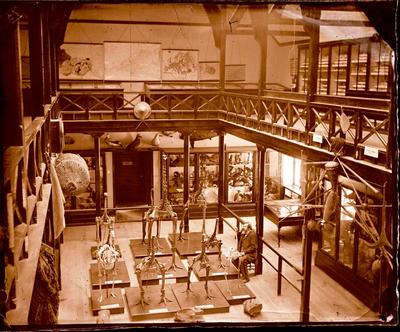 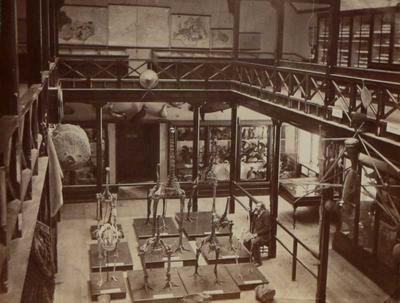 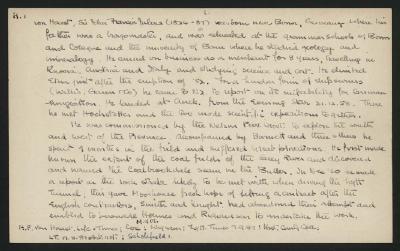 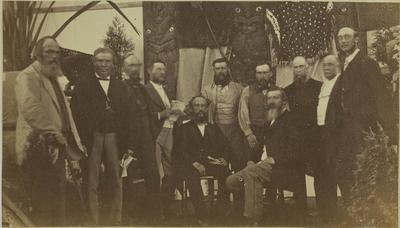 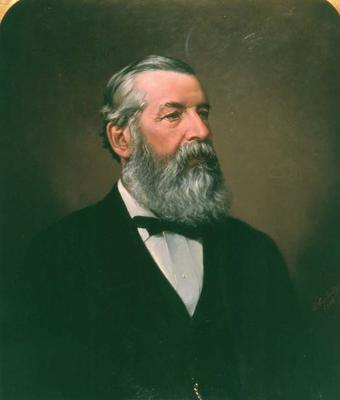 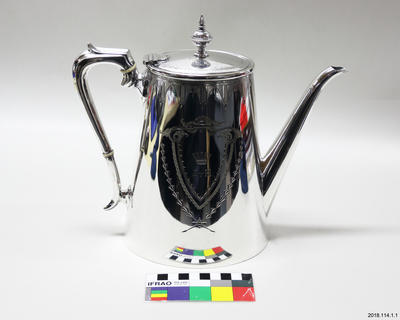 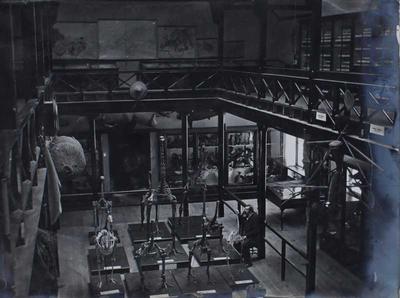 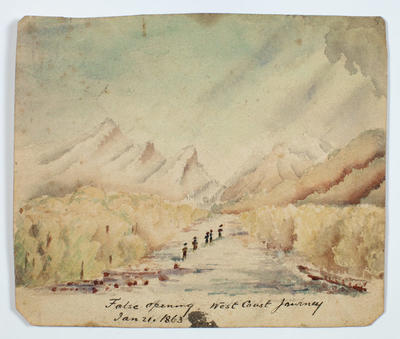 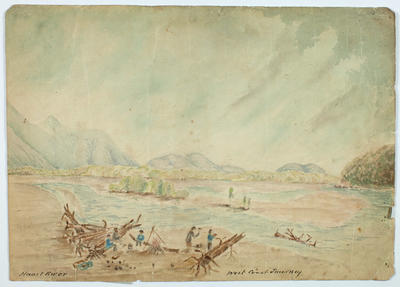