Biography
Frederick Strouts 1834 - 1919 arrived in Lyttelton in 1859 with his brother in law James Hawkes, with whom he established a business in Hereford Street, Christchurch, as 'General Importers & Ironmongers, Architects, Surveyors & Land Agents'. The business folded in 1872. Strouts became increasingly involved in architectural design work and project management. From 1868 - 9 he briefly returned to England with his wife, where he was elected an Associate of the Royal Institute of British Architects. Returning to Christchurch his architectural career flourished, and in 1872 he became one of the founders of the Canterbury Association of Architects. Notable contributions to Christchurch architecture include Ivy Hall at Lincoln University, Rhodes Convalescent Home, Cashmere,1887, the former Lyttelton Harbour Board building, Otahuna near Tai Tapu, additions to the Timeball Station, and parts of St Andrews College. 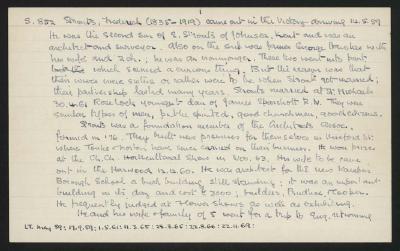 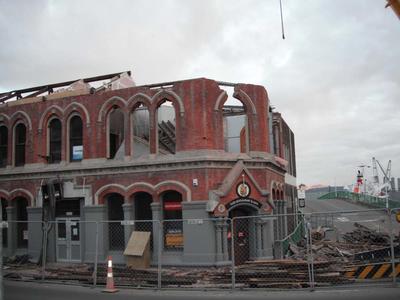 Digital Photograph: Partial demolition of the Old Lyttelton Harbour Board Offices, corner of Oxford Street and Norwich Quay, Lyttelton; 19 May 2011; 2013.17.72 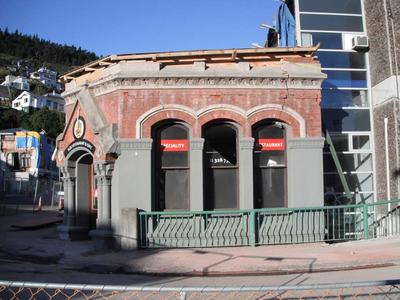