Biography
Born in Geraldine. Recruited into the British Army following the visit of Lord Kitchener to NZ in 1910. Appointed Second Lieutenant in The Prince of Wales's Volunteers (South Lancashire Regiment), 20 December 1911. Served on the North-West Frontier, India. When war was declared in 1914, Barker applied for a transfer to the Signals branch of the Royal Engineers and was posted to Mesopotamia with the rank of Captain. Served throughout the Mesopotamia campaign. At the end of the war he was appointed an Assistant District Commissioner in the civil administration of an area centred on Sulaymaniyah, then the capital city in the Kingdom of Kurdistan [from 1921 until 1924]. Barker was in charge of a small local force of mounted police. Sulaimaniyah is surrounded by the Azmar Range, Goizja Range and the Qaiwan Range in the north east, Baranan Mountain in the south and the Tasluje Hills in the west. Today this is the cultural centre of the Sorani-speaking Kurds and an important economic centre for Iraqi Kurdistan.
Barker befriended an important local senior chief, Babeker Aga. The jambiya 2010.139.2 is believed to have been a gift from this man.
Barker saw active service during the Second World War, where he served as Signals Officer in Chief under General Wavell, ca 1941-2, rising to the rank of Major-General. On 30 December 1941 he was appointed a Commander of the Military Division of the Most Excellent Order of the British Empire. On 25 March 1949, he received the King Haakon VII Liberty Cross from the King of Norway. In 1945, Major-General Barker returned to New Zealand with his family, and took up farming at Winchester. He died on 6 April 1962 at The Downs, Geraldine. 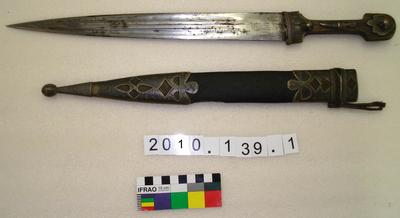 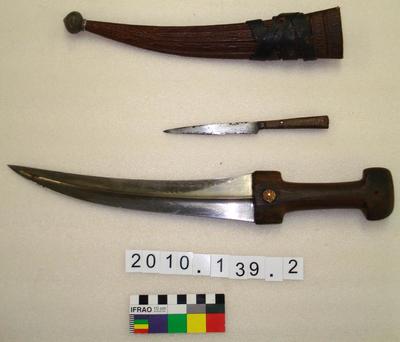