The Christchurch Press published its first edition of The Press from a cottage in Montreal Street Christchurch on May 25 1861, using a hand-operated printing press.
The founder of The Press was James Edward Fitzgerald, who became a newspaper proprietor as second choice of career after he could not afford to buy a sheep run. The company he formed had a capital of 500 pounds.

In the week The Press was launched, gold was discovered in Central Otago, resulting in a boost for the whole of the South Island, including The Press.

When The Christchurch Press marked its centenary in May 1961, the newspaper's circulation had reached 62,000, with subscribers throughout the South Island.

In 1970 the company was listed on the New Zealand Stock Exchange as a publicly-listed company and quickly became one of New Zealand's most attractive stocks.

A technological transformation of the production system for The Press began in 1980, with orders placed by the company for the newspaper's first computer photo-typesetting equipment and for a Goss Metroliner web offset printing press. By 1983, subscribers began to see dramatic results as the new printing press came into use.

Before the end of the 1980s, the company also underwent a significant change of ownership. For more than a century it had remained a private company, its shares tightly held by mainly Canterbury investors. However, in 1987, Independent Newspapers Limited successfully made a takeover bid for a stake in the company, with an offer of $10 for shares which were previously trading at about $4.

The Press, the only remaining daily newspaper in Christchurch, is now strongly linked to Fairfax New Zealand Ltd's stable of newspapers, giving it access to a wide range of material from other parts of New Zealand and from around the world.

Today, The Christchurch Press has two publications, The Press (daily), and The Mail (a weekly tabloid). It goes into this millennium with its healthy papers enjoying circulation, strong readership and as one Canterbury's most respected and innovative companies. 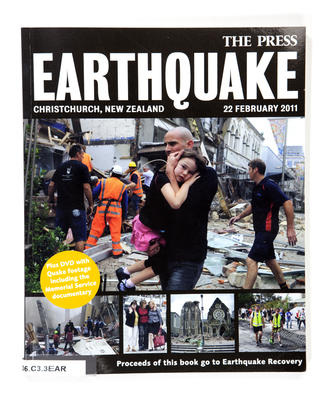