Biography
Theodorus Johannes Schoon was born on 31 July 1915 at Kebumen, Java, in the Dutch East Indies (Indonesia), the son of Dutch parents Johannes Theodorus Schoon and his wife, Barbara Isabella Maria Steegemans. His father was the head of a technical school for Indonesians and later of a reformatory school. Theo lived in Java until he was sent with his brother to the Netherlands for further education. There he attended the Rotterdam Academy of Fine Arts sometime after 1931, and travelled in Europe, acquiring a first-hand knowledge of European modernism.

In 1936 Schoon returned to Java and established a studio in Bandung. As well as producing publicity images for the Dutch shipping line Koninlijke Paktevaart Maats, he created photographic folios documenting the people and their lifestyles and the geography of the local environment. In 1939 Schoon and his family emigrated to New Zealand. His parents returned soon after to Indonesia, coming back to New Zealand in the 1940s. Schoon’s skill as a Javanese dancer and his knowledge of Indonesian art were central to the image he would fashion for himself in this country, the latter also contributing to his interest in Maori art.

Schoon’s time in New Zealand was characterised by his wide artistic interests and his constant movement around the country. Arriving in Christchurch, he briefly attended the Canterbury University College School of Art before moving to Wellington in 1941; important contacts at this time included Rita Angus, Gordon Walters and Dennis Knight Turner. In 1945 Schoon’s attention was caught by the Maori rock drawings in the Otago Museum collection. After making contact with Roger Duff, the ethnologist at Canterbury Museum, he was commissioned by the Department of Internal Affairs to begin recording the drawings in North Otago and in North and South Canterbury. This he did by means of sketches and photographs. He also located further drawings near Kaikoura. The project continued until 1948, but Schoon remained interested in the drawings and encouraged journalists to write about them into the 1960s.

He moved to Auckland in 1949, briefly working as a nurse at Auckland Mental Hospital, Avondale, before shifting to Waikato to search for further rock drawings. While living in Rotorua in 1950 he began a series of close-up photographic studies of mudpools and silica formations around Rotorua and Taupo. He returned to Auckland in 1952. After observing a correlation between moko and Maori carved gourds, he began to grow and carve his own gourds in 1956–57. He went to study on the East Coast in 1961 with the Maori carver Pine Taiapa, learning about traditional designs and techniques used in gourd carving. In 1963 a selection of his decorated gourds were included in an exhibition of Maori art held at the Turangawaewae marae, Ngaruawahia; he was the only Pakeha artist invited to exhibit work.

From 1956 to 1965 Schoon lived in a house in Grey Lynn, Auckland, that was purchased for him by a friend. He also received help from many other friends and took part-time and temporary jobs to support himself. Wherever he lived – often in squalid conditions – he enjoyed creating a stir, often simply by wearing the Javanese-style clothes he made for himself.

In 1965 Schoon held a solo exhibition at the New Vision Gallery, Auckland. Featuring paintings, printmaking and gourds, it marked a departure from his usual practice of photographing various subjects and storing the negatives, rather than completing the work at the time. The exhibition can be seen as a manifesto of his intentions to forge a new path for New Zealand art, one in which Maori and European art would be integrated to produce a local modernism.

Schoon left Auckland in December 1965 for Rotorua, where he resumed photographing geothermal activity. In 1968 he purchased jade or greenstone samples for carving experiments. Showing obvious skill, he was offered, and accepted, employment with the Westland Greenstone Company in Hokitika in 1970. While living on the West Coast he received a grant from the Queen Elizabeth II Arts Council of New Zealand, which enabled him to research jade carving in Hong Kong. On his return in 1971 he was dismissed from the factory, seemingly because his aesthetic approach was seen as incompatible with the commercial demands of the jade industry. As a result he moved to Sydney in 1972, believing Australia would be more sympathetic to his artistic agenda. Meeting jade connoisseur Stan Lever at a slide lecture, Schoon was encouraged to write Jade country , a mixture of travelogue, personal reminiscence and design manual, which was published in 1973.

Schoon returned to New Zealand in 1982, staying in Rotorua, Tokomaru Bay and finally Auckland, but he produced little art, by this time seriously afflicted with emphysema. In February 1985 he returned to Sydney, where he died in Randwick on 14 July. He was homosexual and had never married. Theo Schoon’s charismatic personality, his desire to experiment in a range of media and to interact with Maori art and culture were a stimulus for other artists. Knowledgeable, committed and technically skilled, he occupies a significant place in New Zealand art.
Source: Skinner, Damian. 'Schoon, Theodorus Johannes 1915 - 1985'. Dictionary of New Zealand Biography, updated 16 December 2003 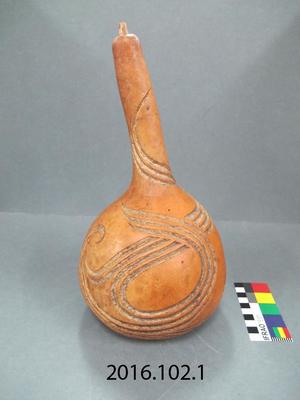 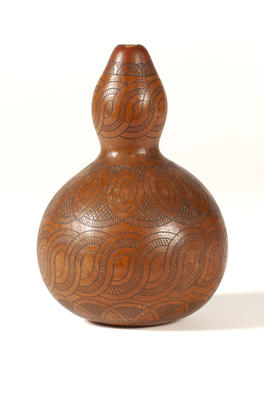