Biography
Ashburton Guardian, 15 July 1918, Page 8 OBITUARY.
MR S. C. FARR
Mr Samuel Charles. Farr, whose death, *in* announced, was born *in*Baldock,
*Hertfordshire,* England, *in* 1827, and left London on November 19, 1849,
*in* the barque The Monarch, for Auckland. On March 5, 1850, while The
Monarch was crossing the Tasman Sea in a heavy gale her rudder was.carried
away. The vessel drifted with the wind, to the south of Stewart's Island,
and it took a fortnight to rig a temporary rudder. A start was then made up
the ease coast, but a week later the new rudder was carried aivay and lost.
On April 2, 1850, The Monarch managed to reach Akaroa, and there 41
passengers, including Mr Farr, decided to remain. Then began the hardships
and difficulties incidental to a pioneer life. Prior to leaving England Mr
Farr had become engaged to Miss Pavitt, one of his fellow-passengers with
the intention of being married as, soon as possible after landing. However,
divers obstacles presented themselves, as there was no official to perform
the ceremony, and a ring was wanted. Mr Farr surmounted the latter
difficulty by fashioning a ring out of a half-sovereign, and shortly
afterwards the local Magistrate, Mr John Watson, was appointed Registrar of
Birth, Deaths and Marriages. So on June 15, 1850 the ceremony was
performed, and this, the first marriage *in* Canterbury, was very
appropriately associated with elements of romance. Nor did Mr Farr's
ingenuity end with the happy (solution of his, own difficulties, for he
subsequently received commissions to make six similar rings. Fifty years
later Mr Farr celebrated his golden wedding *in* Christchurch. About the
time of his arrival the first English flour mill *in* Canterbury was
erected *in* the Grehan Valley, Akaroa, by Mr Haylock who, with his sons
cut the timber for the building, and formed a water-race and 18 feet
overshoot wheel. The cog-wheels which were made of wood, being incorrectly
geared, were crushed to atoms at the first trial. Mr Farr having studied
the theoryof cog-wheels, volunteered his assistance and reconstructed the
wheels, with the result that within three weeks the mill was smoothly
working. Farr next made a miniature-working model of a sawmill, and
subsequently, *in* partnership with Messrs Pavitt, erected *mills*
*in*Robinson's Bay, Barry's Bay, Duvauchelle, and. the head of the
Bay. He also
followed his profession as an architect, and designed the first English
Church *in * Akaroa and subsequently the Akaroa monument. The first Sunday
School *in* Canterbury was held on June 30, 1850, and was started by Mr
Farr with five scholars. *In* March, 1862, Mr Farr came to Christchurch,
where, he followed his profession. The Normal School is an evidence of his
ability. Mr Farr was also architect of St. Paul's Church, the Presbyterian
Churches at Papauui, Lyttelton, Kaiapoi, Leeston, and the old church on
North Belt. A very large number of business places also were designed by
him. During the 22 years he was secretary of the Acclimatisation Society,
Mr Farr stocked almost every lake and river *in* Canterbury with fish. He
was also instrumental *in* introducing the humble bee *in* New Zealand. Mr
Farr established the first Sunday School Union *in* Christchurch *in* 1869;
and was president for the first seven years. He was also chairman and an
active officer *in* the Volunteer Fire-Police, a salvage corps which did
which service. The first side channels were designed and constructed under
his supervision, and he also designed and erected the first iron verandahs *in
N*ew Zealand. the first one being, for Mr Charles Kiver, *in* Cashel
Street, on the site now occupied by Messrs Wardell Bros. At the Canterbury
Jubilee Exhibition of 1900, Mr Farr exhibited a base relief plan of Banks
Peninsula carved *in* wood, and for this clever piece of workmanship he
received, a gold medal. 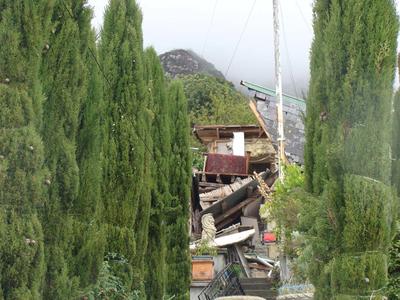 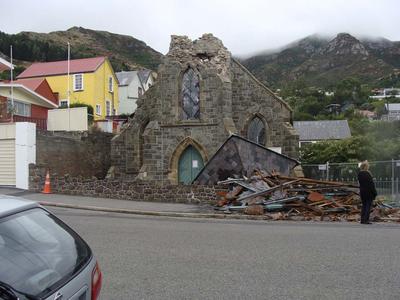 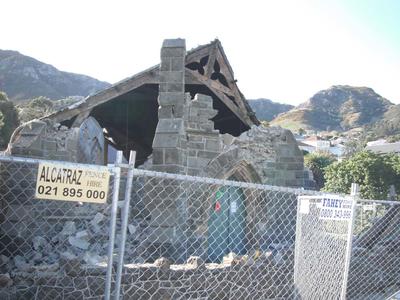 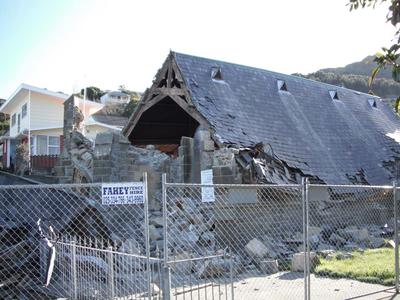